Last year we carried out an experiment to see if it was possible to detect apogee (for parachute deployment) using only the sound of air rushing past the rocket. Here is a video of that experiment and the circuit that was used.

It's been a while since the last post so we wanted to start off the year by posting a new video. This one is from September when we flew our large Polaron G2 rocket again with fall away boosters.


At the end of the video are also club member's HPR rocket flights that took place on the same day.

Although we published this video a couple of months ago, I am including it with this post as it was filmed on the same day. It is the first flight of our Light Shadow rocket:


Here is the flight report from the day with additional photos:
http://www.aircommandrockets.com/day180.htm


We hope to start publishing videos and flight reports again on a more regular basis this year.
Posted by George Katz at 10:47 AM 0 comments

We have finished building our new rocket called L1ght Shadow that is able to fly on both 38mm H and I motors or Compressed air and water. Here is a couple of videos that show its construction. We intend to use this rocket to get our L1 certification if it works. :)

On a recent trip to NSWRA's HPR launch site at Mullaley the conditions were less than favourable, and so we didn't get to launch our big Polaron G2 rocket. In the 30km/h+ wind conditions I don't thing it would have even been possible to make it stand vertically. So here is a highlights video from the rest of the day.


Although a little dissapointed, we were still happy to catch up with club members and watch some of their rockets launch. We'll be back at the launch site in September for another try. (Hopefully also with a new rocket project we've been working on ;) )
Posted by George Katz at 8:16 AM 0 comments

How to measure the altitude of your rocket

Earlier this year we looked at 4 different techniques for measuring the altitude of a water rocket. We used all 4 techniques on the same flight so we could compare them for their accuracy. We repeated the experiment 3 times just to make sure. Here is a highlights video that looks at the results as well as the reasons for their differences.

We're continuing to catch up on the launch reports from the last couple of months.

On June 14th when we arrived at the launch site there was still some fog so we quickly launched a rocket to see if we could get above it. 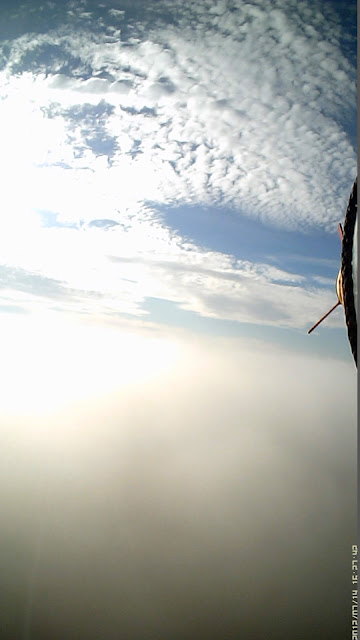 We also flew a long boom on the rocket to see if we could get a shot of the entire rocket side on. 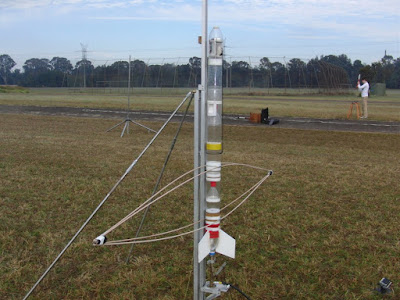 Here is a highlights video from the day: https://www.youtube.com/watch?v=aQSiEX9Kyf4

We've been quite busy over the last 3 months, though we have had time to build and launch rockets, just not write about them. I am now finally catching up on the launch reports.

Here is the first one from back in March. We looked at the variability in measurements, as its important to understand their magnitude when doing various performance comparisons. 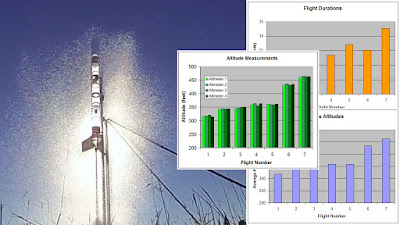