I've finished with this week's flight report and put it on our main website as usual here:
http://www.aircommandrockets.com/day118.htm
The report includes a highlights video of the Polaron G2 flight as well as photos. The heavily overcast conditions meant that a lot of the colour in both video and photos was a little washed out.

The rocket flew well, but lower than what simulations predicted. We were happy that both the main and the backup parachutes opened when they were supposed to. :) 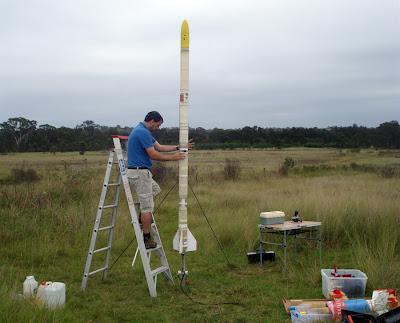 We had a very good flight weekend this week. We took the full length Polaron G2 for another flight. The flight went really well, as did a number of other smaller launches. It's always good to come away from a launch without needing to do any repairs. I'm putting together an update from this weekend and should have that ready towards the later part of the week. I've also posted an update from previous weekend's launch here:
http://www.aircommandrockets.com/day117.htm though it was mostly just a casual launch day.

Here is a picture of the boys recovering the G2 rocket from the tall grass: 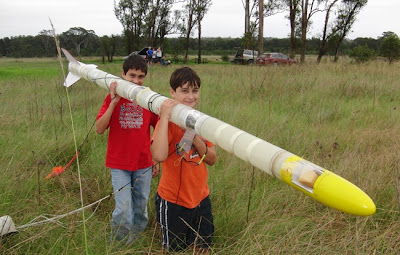